Should pregnant women be in a high-risk COVID-19 category? 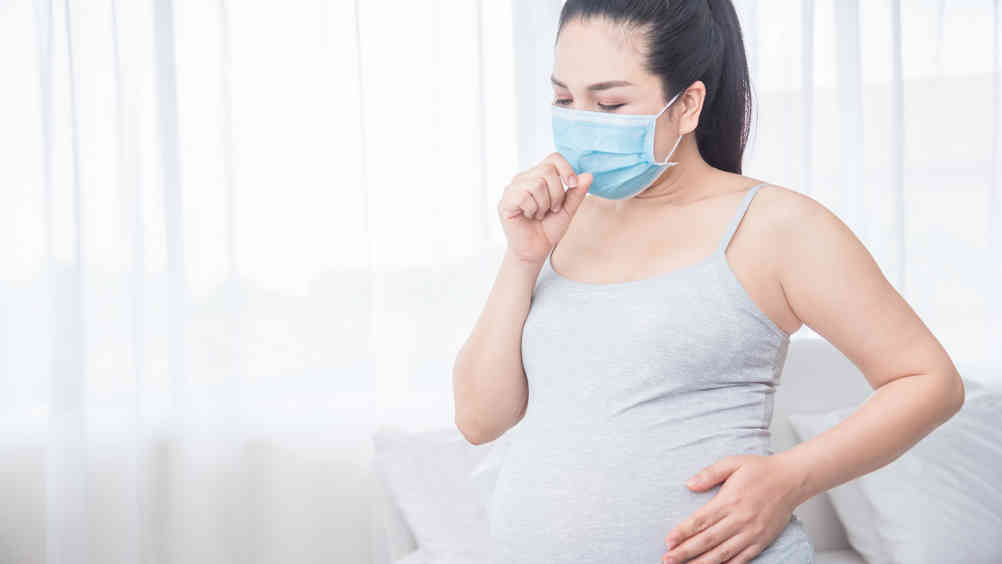 In the early stages of the pandemic, pregnant women were categorised high risk in several countries and advised to take extra precautions. This article examines the effect of this categorisation.

As COVID-19 spread round the world in early 2020, most governments introduced lockdown measures to reduce social interactions and so reduce the transmission of the virus. In some countries, including the UK (Cabinet Office, 2020), USA (Centres for Disease Control [CDC], 2020), and Canada (Government of Canada 2020), pregnant women were included in a high or higher risk category and were advised to take extra measures to protect themselves and their unborn foetuses. This article will examine why pregnant women were included in this higher risk category and whether such categorisation was beneficial.

In the UK, the lockdown was announced at a press briefing by the Prime Minister on 16 March (Johnson, 2020). At this briefing, Professor Chris Witty (2020) the government's chief medical officer, justified the inclusion of pregnant women in the high-risk category in the following way: ‘there is no evidence from other coronaviruses that this is a particularly dangerous virus as, for example, the Zika virus was particularly dangerous to pregnant women, but infections and pregnancy is not a good combination in general and that is why we have taken a very precautionary measure, whilst we find out more’.

As Witty observed, other viral infections, especially Zika, have caused foetal abnormalities (CDC, 2019) but there is currently no evidence that COVID-19 does so. A joint report by the Royal College of Obstetricians and Gynaecologists and The Royal College of Midwives (2020) acknowledged that placing women in a higher risk ‘vulnerable group’ category might cause anxiety for pregnant women, and suggested that this was a measure to reduce the spread of the disease as there was no current evidence that pregnant women who did not have underlying health problems, or their unborn babies, were at particular risk.

In the UK, initial research did not indicate that either pregnant women or their unborn babies were at increased risk from COVID-19. Evidence from a national prospective observational cohort study using the UK Obstetric Surveillance System (UKOSS) from all 194 UK hospitals with consultant-led maternity units between 1 March and 14 April 2020 was published on the 8 June 2020 (Knight et al, 2020). The study indicated that 427 pregnant women were admitted to hospital with COVID-19. The women in the study had similar rates of admission to critical care units and mortality to those of other women of reproductive age. Though there was some evidence that a small group of babies (2%) might be infected, generally, the outcomes were reassuring.

The inclusion of all pregnant women in the higher risk category, not just those with underlying health problems, was based on the precautionary principle of better safe than sorry. On the 16 March government press briefing, Professor Chris Witty stated that ‘we may in retrospect find the was an overkill but we'd rather be more cautionary [sic] than the other way.’ It was an affirmation that the preventable death of a single pregnant women was unacceptable. It involved a value judgement that pregnant women were both intrinsically more vulnerable and intrinsically more valued than, for example, non-pregnant women of the same age who had the same level of risk of contracting the virus (Alaszewski and Burgess, 2007).

The use of precaution stems from anxieties about the vulnerability of the pregnant body and the preciousness of unborn babies in high-income countries. However, it can also be seen as a way of protecting policymakers from blame if and when deaths occur. By providing advice and guidance, policymakers have passed responsibility to pregnant women to protect themselves and their unborn babies. If such guidance is not matched by actions, for example to maintain women's access to services and to mitigate the risks of increased seclusion, then it is empty rhetoric. It is possible that reducing pregnant women's risk of contracting COVID-19 may increase other risks they face during pregnancy and childbirth.

Public health campaigns, such as those relating to COVID-19, are designed to alter individuals' behaviour by making them more aware of and anxious about specific dangers. Using emotions, such as anxiety, fear and guilt, for public health messaging has underpinned the regular ‘don't drink and drive’ campaigns that started in 1964 (YouTube, 2014; Telegraph, 2020) and was evident in the 1980s with the ‘don't die of ignorance’ HIV/AIDS campaign (BBC, 2016; Burgess, 2017). Such public health messaging was important at the start of the pandemic, though later, media coverage of infections and deaths rendered it redundant. For example, following media coverage of the deaths of three pregnant women in mid-April, it was clear that COVID-19 was a threat to pregnant women, especially those from the Black and Minority Ethnic (BAME) community who worked in frontline jobs (Mary Agyeiwaa Agyapong (Topping, 2020a), Salina Shaw (Topping, 2020b) and Fozia Hanif (Parveeen, 2020).

To be effective, such messaging needs to achieve a balance. It needs to create enough anxiety to engender the desired change in behaviour, but too much will create undesirable changes, such as panic. One of the difficulties with the categorisation of pregnant women as high risk was that it was not clear what precautions they should take. Such categorisation implied that they should do more than other healthy women of the same age were advised to do (stay at home and only go out for exercise and food shopping) but they were not in the highest risk category who were advised to shield themselves and avoid all social contact outside the household. Pregnant women up to 28 weeks gestation were advised they could work with patients that did not have COVID-19, while pregnant women over 28 weeks gestation and those with underlying health problems were advised not to work directly with patients (Royal College of Midwives, 2020).

Including pregnant women in a high risk category was intended to increase their level of anxiety about COVID-19, and therefore it is important to consider their experience of the pandemic and how such heightened awareness of danger impacted on their experience of pregnancy and childbirth.

To date, there have been no detailed analyses of the effect of COVID-19 on pregnant women in Europe. There is some emerging evidence in the UK on the impact of the pandemic on pregnant women. This evidence has been collected by groups campaigning for improved maternity services (Birthright, 2020; Association for Improvements in the Maternity Services [AIMS]; Ashworth 2020) and Aptaclub (a club organised by Danone, a commercial baby food company). There is also some evidence of the impact in Belgium from a review by Audet (2020), a medical researcher.

There is evidence in the UK and Belgium of increased anxiety and social isolation of pregnant women, as well as reduced access to a variety of services. A survey of 100 pregnant women and women with young babies (aged 0–4 months) undertaken by Aptaclub indicated that nearly half of those surveyed had missed or delayed a medical appointment because they were anxious about contracting the virus in hospital, and over half reported being anxious or lonely (personal communication). Audet (2020) found that the pandemic had increased women's anxieties, especially about hospitals and medical services. It was observed that pregnant women perceived hospitals as places to be avoided, as they were hot spots for COVID-19. If they did have to go into hospital, then they felt there was an ‘atmosphere of war’ with the protective equipment worn by staff, preventing any intimacy. Audet (2020) noted that many services were receiving phone calls from pregnant women requesting home births, which were denied ‘on the basis that home birth cannot be motivated by fear’.

At the same time that pregnant women were experiencing increased anxiety and isolation, access to services was restricted. Birthright (2020) monitored the provision of services in the UK and noted that, while some NHS Trusts have responded to maintain safe and supportive services, others have suspended some services, including home births and maternity-led birth centres, restricted birth partners and visitors, reduced access to some forms of pain relief, restricted access to maternal-requested caesareans and not provided continuity of care and support for women from BAME communities and other groups that are marginalised.

AIMS published an issue of the journal based on the personal accounts of pregnant women during COVID-19. While some of these accounts reported imaginative support services, others highlighted the failure to provide effective services to mitigate risk.

Ashworth (2020) commented that ‘a worrying and persistent theme has been the removal of a variety of service options, which is often referred to as being for the safety of women’, while in reality it was to protect staff. Audet (2020) noted that hospitals in Belgium adopted protocols to minimise infections, but since each hospital adopted its own measures, it created ‘a climate of distrust and confusion’. In some cases, women were offered caesarean sections that were not medically indicated, which could result in ‘obstetric violence’.

Placing women in a high-risk category is intended to increase social isolation and this can further restrict their access to services, as well as reducing their capacity to balance and trade-off the different dangers they face. Women who face particular challenges, for example, those who live in poor housing conditions, have abusive partners, or come from a BAME background, are likely to experience increased risk and have fewer resources to manage and trade-off the various risks they face.

There is emerging international evidence that COVID-19 is undermining moves towards safer and more positive pregnancy and childbirth experiences. Human Rights in Childbirth (2020) identified the ways that responses to COVID-19 have undermined women's right before, during and after childlbirth. Sadler et al (2020) reviewed emerging international evidence and concluded that many of the healthcare measures ‘being implemented in childbirth due to the COVID-19 outbreak are not necessary, not based on scientific evidence, are disrespecting human dignity and are not proportionate to achieve the objective of limiting the spread of the virus. They therefore constitute obstetric violence'.

The use of the precautionary principle to justify the classification of pregnant women as high risk during the COVID-19 pandemic reflects the high values at stake, the importance of protecting the unborn foetus from contamination, and the central role that the ‘good mother’ is expected to play in adhering to these values and providing such protection. This classification is intended to increase the social isolation of pregnant women. While this may reduce the risk of pregnant women contracting the virus, it may increase other risks, including the risk of obstetric violence, and make such risks more difficult to manage.