Volunteering with Rohingya refugees in Bangladesh 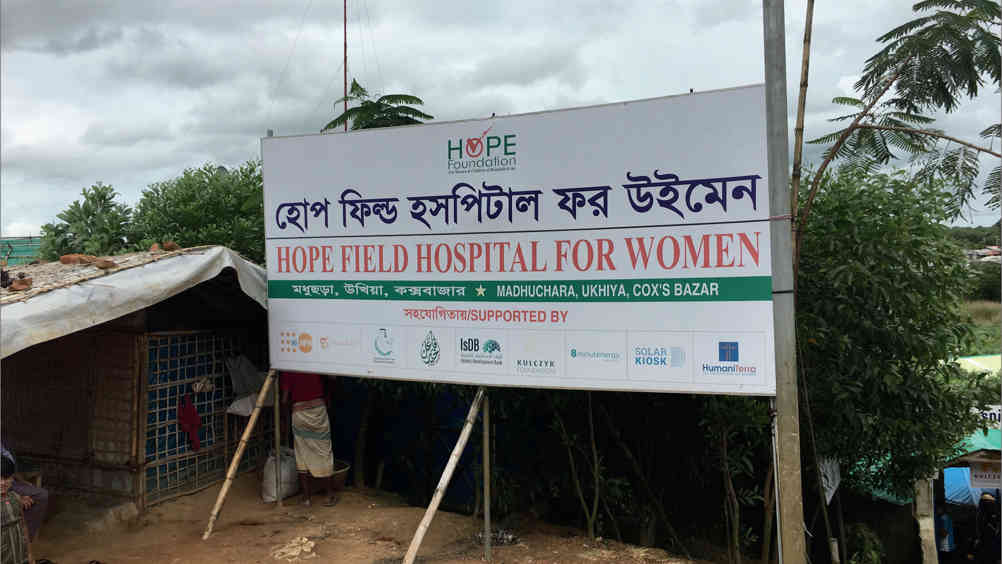 The entrance to the HOPE Field hospital

Maria Johnston shares her experience as a volunteer midwife at the HOPE Field hospital in the world's largest refugee camp—Kutupalong, Bangladesh

In August 2019, I left the NHS to volunteer as a midwife in Kutupalong refugee camp in the south of Bangladesh. Approximately 909 000 Rohingya refugee are residing in 34 camps in Bangladesh's south-eastern district of Cox's Bazar, having fled systematic violence and torture in Myanmar (United Nations Office for the Coordination of Humanitarian Affairs, 2019). The move against the Rohingya people has been termed ‘genocide’ and ‘ethnic cleansing’ by international powers (Head, 2019), with an estimated 24 800 Rohingya killed by government forces since clearance operations started in August 2017 (Habib et al, 2018). Many Rohingya have witnessed atrocities committed against their families and community, with widespread rape, sexual violence, killings, disappearances, and torture of men, women and children.

I was volunteering with the HOPE Foundation for Women and Children of Bangladesh, a Bangladeshi charity created to provide healthcare for the most vulnerable women and children. Since it began, HOPE has built a women's hospital, numerous health centres in rural communities, and established a mother's club for promoting women's health and education. It is also in the process of building a new 40-bed maternity ward and obstetric fistula unit. Alongside this, HOPE established a midwifery school in 2013—the first of its kind in Bangladesh. At the start of the Rohingya crisis, HOPE attended to the health needs in the camps with a mobile clinic. Then, in December 2017, HOPE built a women and children's hospital at the edge of Kutupalong refugee camp. The facility has a delivery room, labour room, laboratory, pharmacy, two maternity wards, an operating theatre, and two paediatric wards.