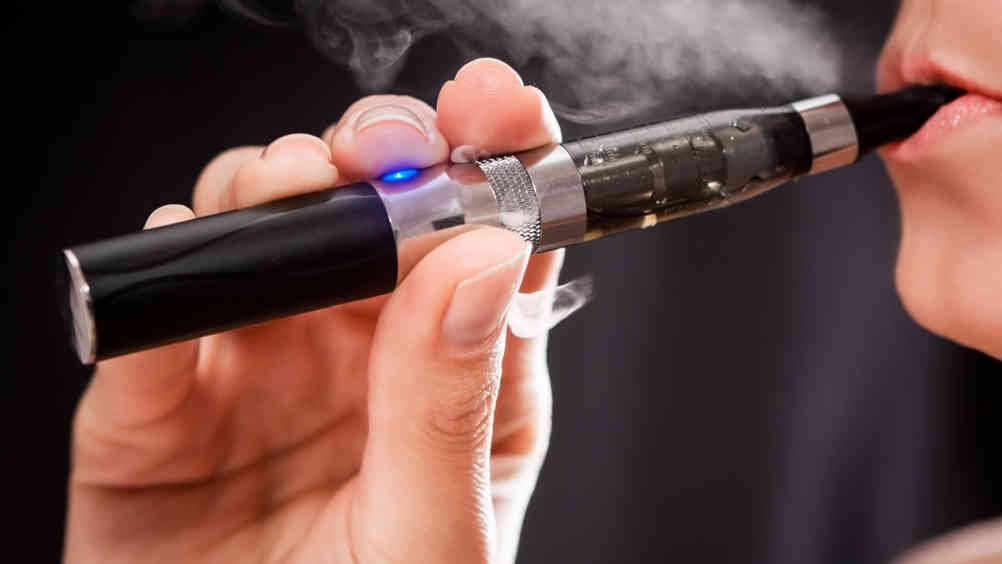 Electronic cigarettes have been described as a public health crisis. Approximately 10.6% of pregnant women smoke conventional cigarettes at the time of delivery, but the prevalence of e-cigarette use during pregnancy is unknown.

To assess the extent of midwives' current knowledge and attitudes on electronic cigarettes as a smoking cessation strategy during pregnancy.

Electronic databases were searched. These were supplemented by manual searches, which were completed to include reports from Public Health England and the Royal College of Midwives.

A total of 22 papers were identified, reviewed and are presented as a narrative literature review. Topics such as epidemiology, organisational stances, opinions of smoking cessation in pregnancy and opinions from stop smoking services were explored. There have been conflicting ideas regarding the use of electronic cigarettes in pregnancy and women who have recently given birth.

Whilst the current literature regarding electronic cigarettes as a smoking cessation strategy during pregnancy is well explored, there is no literature that investigates the attitudes of midwives and how this may affect their recommendation of e-cigarettes. The results of this study could serve as a point of reference for future clinical research, as well as clinical practice, by bringing to light the knowledge and attitudes midwives have regarding electronic cigarette use in pregnancy, and may be able to suggest some changes to improve the current practices.

Electronic cigarettes (e-cigarettes) were first introduced in China in 2004 (Dockrell et al, 2013); however, their use has only become widespread in recent years (Bareham et al, 2016). An e-cigarette is a device that delivers nicotine to the lungs in the form of a vapour and can also be referred to as vaping. The prevalence of electronic cigarettes is ever-increasing, with around 3.6 million electronic cigarette users, a rise from the 700 000 vapers in 2012 (Action on Smoking And Health, 2019). Euromonitor, a market research group, have predicted that the rapidly expanding e-cigarette market will have around 55 million users by 2021 (British Broadcasting Company, 2018). According to data published by the NHS, the prevalence of e-cigarette use among pregnant women is unknown; however, approximately 10.6% of pregnant woman smoke conventional cigarettes at the time of delivery (NHS, 2018).